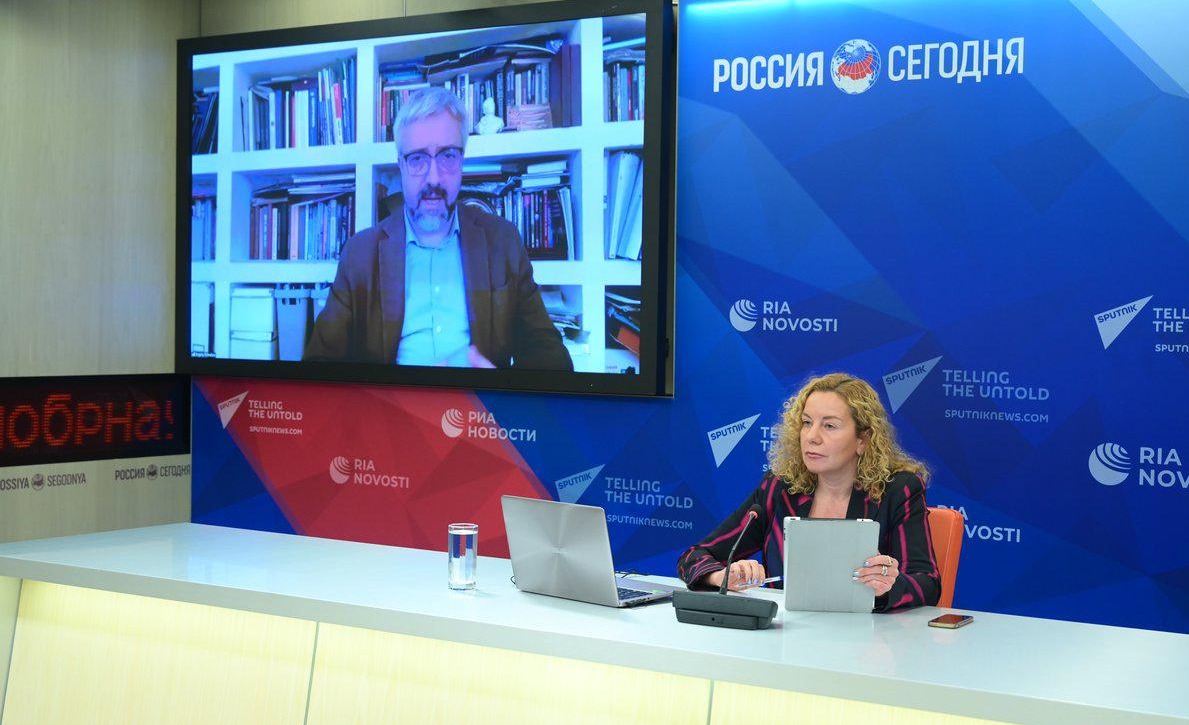 Rossotrudnichestvo, a 17-letter abbreviation that is „too tough“ for most foreigners, is most likely to remain in official papers, but a more accessible, popular name will appear. The same applies to the „Russian centers of science and culture.“ The RCSC quartet, of course, is far from the record abbreviations of the sophisticated Russian language, but it also has to become more elegant. At the same time, the Agency is open to proposals for rebranding the name.
On November 17, Evgeny Primakov, who heads Rossotrudnichestvo, gave a big online press conference, outlining the new tasks of the updated organization.
Priority – the so called Near Abroad, the Agency will work with public opinion outside Russia, but the organization does not set political goals and objectives.
“Rossotrudnichestvo has never organized, does not organize and will not organize any parties, any social and political movements. Such expectations are rather strange. Our work is structured differently,“ Primakov said, responding to numerous critical posts and notes in the information space.
In this regard, the issue of the Agency’s refusal to support the holding of the Total Dictation in 2021 was raised.
Rossotrudnichestvo is ready to offer a side event where another author will read the dictation.
The agency will take a different approach to the issue of Russia’s humanitarian presence in the world – this applies not only to cultural and educational projects, but also to human rights activities.
“Recently there was a story with the teacher of the Russian language in Ukraine Tatiana Kuzmich, who was arrested. Rossotrudnichestvo and our friendly Russian Humanitarian Mission sent an appeal to the OSCE and UN structures with a demand to explain to the Ukrainian side the inadmissibility of political repression. I am not sure that this happened because of our appeals, but nevertheless, public pressure did its job,“ Primakov said.
With regard to educational projects, the Agency will support public and private initiatives and restructure work with the graduates’ association.
“We need not only train foreigners and send them back to their homeland, but keep in touch with them. Graduates’ associations are important to us. They should not conflict with each other. We are ready to work with everyone. We need to support public and private initiatives in education. Let there be even more schools, not necessarily in Russian, but those teaching Russian. Rossotrudnichestvo is obliged to support private initiative.“
Questions at the press conference were asked by both Russian and foreign journalists.
„What tasks does Rossotrudnichestvo set in Ukraine?“ – the moderator read out the question of UNIAN journalist Roman Tsimbalyuk.
“We need to find ways out of this difficult conflict. We do not have the task of changing the regime, winning the war, we have the task of ending the war. Of finding something in common when we have been divided so much in recent years. Unfortunately, the work of Rossotrudnichestvo in Kiev is very strongly politicized, and it is not us who are politicizing it.“
The topic of Moldova was touched upon. The second round of the presidential elections took place in the country, following which Maia Sandu won.
“I would be interested to hear the views of Moldovan politicians, public figures, how they see the sovereignty of their country, if the new leadership raises the question of unifying with Romania? We are not talking about a choice: either Europe or Russia, we are talking about the fate of Moldova itself,“ Primakov commented on the situation, answering a journalist’s question.
Rossotrudnichestvo will change the format of work in Central Asia, the Middle East, and look for new approaches to work with public opinion in Poland. A difficult situation has developed in the United States. Primakov noted that the American special services are putting pressure on students who are interested in studying in Russia, and pressure on compatriots is also recorded.
“We live in a complex context. The situation will be resolved when the Americans end up with the hysteria about the alleged Russian interference, he said. „Then, perhaps, it will be possible to conduct a dialogue.“